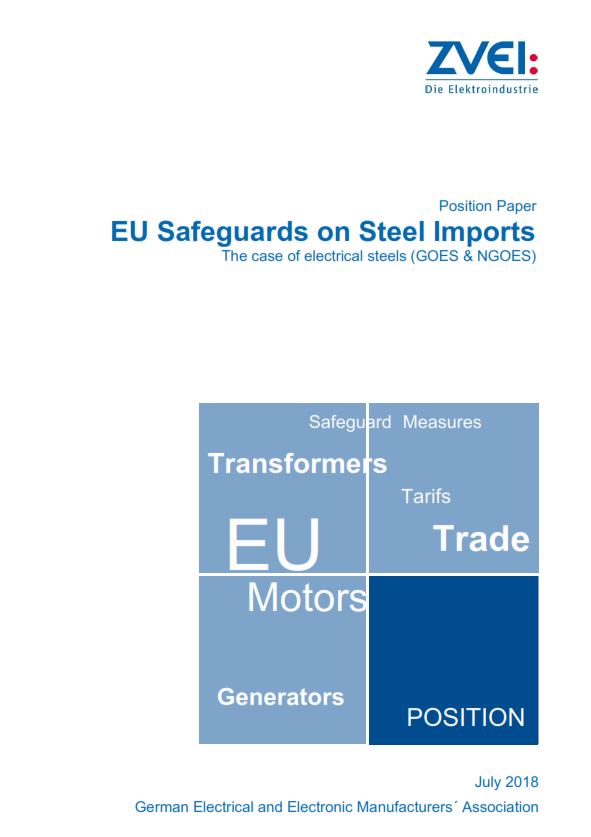 The electrical and electronic industry is deeply concerned: is the US launching a trade dispute or even a trade war? The assessments differ, but in any case the collateral damage is large.

For example, the US imposes duties on steel. The EU reacted promptly and also imposes safegard duties on steel. In doing so, it wants to counter the shift of cheap exports of steel manufacturers to Europe. The negative effects occur in at first unexpected places: Among others, manufacturers of electric drives, generators and transformers are affected. The steel industry in Europe is not producing sufficient quantities of electrical steel. Because of the EU measures it is becoming more expensive. This is worsening the competitive position of the European electrical industry in comparison with Chinese competitors, for example, which can continue to use cheap steel.

The affected companies employ 30,000 people in the EU. If their world market leadership is lost, the damage is "persistend".

ZVEI has set out the situation in detail in a position paper.