To the registration
News

More than 1,600 companies throughout Germany are already active in energy efficiency. As a signatory, ZVEI supports the joint initiative of the German government and industry to establish and implement around 500 new energy efficiency networks by 2020. 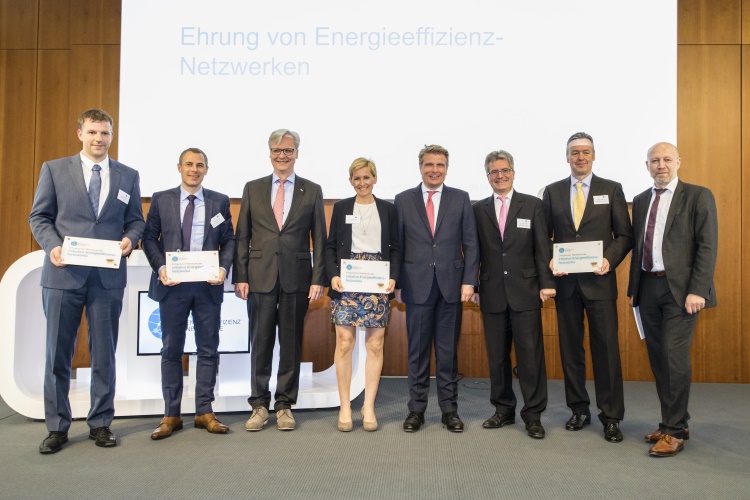 On 9 April 2018, the Federal Ministry of Economics and Energy and the Federal Ministry for the Environment, Nature Conservation and Nuclear Safety jointly awarded companies from all over Germany for their successful participation in the Energy Efficiency Networks initiative. Thomas Bareiß, Parliamentary State Secretary of the Federal Minister of Economics and Energy, and Berthold Goeke, Head of the Climate Protection Department of the Federal Environment Ministry, presented awards to the representatives of 60 companies from four successful networks, which will continue their cooperation in a second round, together with Martin Wansleben, General Manager of the German Chamber of Industry and Commerce (DIHK). The award-winning networks include the "EVU-Energieeffizienznetzwerk II" of Envia Mitteldeutsche Energie AG and the "Energieeffizienznetzwerk Dresden 2" of the Sächsische Energieagentur Saena GmbH. The award ceremony took place during the annual event of the initiative, which took place in Berlin on 9 April with around 300 participants from business and politics.

Europe must go its own way into the data economy