The ZVEI European Office coordinates the political work of the electrical and electronic industry at European level in the core areas of digital economy, energy and environment and international trade. In addition, the European Office is the European contact point for ZVEI member companies and is committed to a strong Europe.

The digital transformation of the economy in the age of Industrie 4.0 and new technologies, such as artificial intelligence and blockchain, affects every business in Europe. ZVEI is committed to the creation of a European Digital Union, with the same rules of the game throughout Europe.
Read more

ZVEI supports an ambitious European energy and environmental policy. The climate protection goals can only be achieved through successful international cooperation.
Read more

Open markets and global trade in goods are a basic prerequisite for the strong export orientation of the electrical industry. In Europe, ZVEI is an integral partner in the negotiations on free trade agreements and the international trade policy of the European Union.
Read more

In the campaign #EuropaMitUns, ZVEI demonstrates how important Europe is for every individual.
Read more

On 16 July 2019 Ursula von der Leyen (CDU) was elected by the European Parliament as the new President of the EU Commission. Now the EU Commission's work programme for the next five years has to be written. On 10 September 2019, the former German Defence Minister presented her 26 EU Commissioners and already set out the political direction in the Mission Letters. Probably on 1 December 2019, Von der Leyen will then assume the office of outgoing President Jean-Claude Juncker for the period 2019-2024.

The electrical industry stands for a strong and united Europe, for open markets and competition, for common values and solidarity. In the coming legislative period, the European Union will have the opportunity to act. It can now lay the foundations for a strong, sustainable, and competitive Europe; a Europe that ensures our long-term prosperity. It can now help to build a European industrial data and platform economy so that we can establish a sustainable digital ecosystem in Europe. ZVEI presents a paper with concrete European positions on industrial policy, the digital economy, sustainability, and world trade. These positions are an invitation for further discussion in the respective verticals. We want to shape the challenges of our time - globalisation, climate change, and digital transformation - together. This requires an awareness of cooperation and a willingness to compromise.

ZVEI Position Paper: What we must now do together for our future 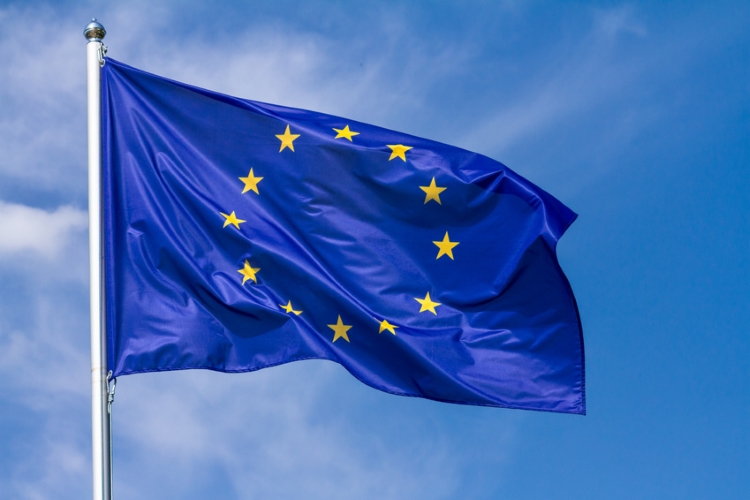 Three core topics are at the centre of the political work in Brussels: the digital economy, energy and the environment as well as international trade. The ZVEI European Office also represents the German electrical and electronic industry in the areas of Industrie 4.0, standardisation, industrial policy and European research policy under the new Horizon Europe Framework. The European Office always has the five ZVEI lead markets in mind: industry, energy, mobility, health and construction. ZVEI works closely on these topics with the European Commission, the European Parliament and EU representatives at Council level and in the EU member states. There, it represents the positions of the electrical and electronic industry.

With its 1,600 member companies, ZVEI is the symbol of a strong Europe. The ZVEI members are deeply rooted in their regions and active worldwide, whilst retaining a European outlook - this is not a contradiction, but an advantage and a strength. A strong Europe means that the German electrical and electronic industry remains at the forefront of global competition and can have a say in global regulations; at the same time, it ensures stability and prosperity on our continent. ZVEI member companies need global solutions and European cohesion. For the ZVEI and its members, the European Union is a model of success, the guarantor of peace and freedom on European soil and an important framework of values within which entrepreneurial activities and democratic societies can develop well.

ZVEI's European network also includes the European associations - Orgalim, T&D Europe, Digitaleurope, Cemep, Cocir and many other sectoral organisations - as well as BDI and Businesseurope. ZVEI is involved with them and works with its partners from all over Europe on joint solutions and positions. There are also joint initiatives on many topics with partner associations from other European countries, such as Fieec from France, Kigeit from Poland or Teknikföretagen from Sweden.

The digital transformation of the economy in the age of Industrie 4.0 and new technologies, such as artificial intelligence and blockchain, affects every business in Europe. ZVEI is committed to the creation of a European Digital Union, with the same rules of the game throughout Europe.

The single European market is one of the greatest achievements of the European Union. It is now a matter of shaping it in the age of digitalisation. To achieve this, the right framework conditions must be created rapidly in Europe. What is also needed is a new strategic European industrial policy that focuses on strengthening international competitiveness in a coherent and open-market manner.

In its communication "Strategy for a Digital Single Market for Europe", the European Commission focuses on the timely implementation of EU broadband initiatives. For Germany, this means driving forward broadband expansion across the board.

The establishment of a single European data economy within the internal market is essential: this is a prerequisite for Artificial Intelligence  "made in Europe" and digital business models. However, Europe must take greater account of the international dimension of data traffic. Data does not stop at national or European borders. Global, market-oriented and innovation-friendly framework conditions must therefore be the basis for future legislation in the business area.

European Office - A strong hub in the European network

ZVEI supports an ambitious European energy and environmental policy. The climate protection goals can only be achieved through successful international cooperation.

The ZVEI member companies provide modern and innovative technologies for the transition to a CO2-neutral world. To ensure that these technologies are used, the association develops the right framework conditions and ensures that the products of the electrical and electronic industry are reused and recycled in a sustainable, safe manner, thus contributing to increased cyclic management.

In close cooperation with all relevant interest groups and European umbrella organisations, the ZVEI European Office develops coherent strategies for the electrical and electronic industry in these key areas:

Open markets and global trade in goods are a basic prerequisite for the strong export orientation of the electrical industry. In Europe, ZVEI is an integral partner in the negotiations on free trade agreements and the international trade policy of the European Union.

In recent years, the European Union has stepped up its efforts to conclude bilateral trade agreements with key partners in order to maintain shared prosperity. Positive examples are the conclusion of CETA with Canada and JEFTA with Japan, which undoubtedly underline the important role of duty-free trade for the prosperity and well-being of all partners involved. A fair agreement with the USA would also be of great help to the industry.

The belief in free trade and open markets is a central economic policy principle of ZVEI. For this reason, the association advocates that the EU should continue to champion liberalised world trade and a stable World Trade Organisation (WTO), and to stand against protectionism. The EU should, as far as possible, do without its own protective measures and enter into a constructive dialogue with global partners.

The European Union ensures peace, freedom, democracy and prosperity for some 500 million people. Preserving these achievements in today's world is a major challenge for all of us.

The world is becoming increasingly polarised. In order to counter populist and nationalist forces effectively, a united, value- and compromise-oriented Europe is necessary. This includes transforming Europe into a digital union to maintain competitiveness and strengthen the EU internal market as the basis of today's prosperity.

With the campaign #EuropaMitUns, ZVEI is advocating a strong Europe. One that helps shape digitalisation and thus ensures the cyber security of European citizens. And one that implements ambitious goals in the area of energy and climate policy.

A strong Europe also includes the many small and medium-sized enterprises. Ensuring their stability in a future data and platform economy is crucial in order for Europe to remain a leader in global competition and be able to influence global rules.

Through #EuropaMitUns, the ZVEI takes people into the future, showing how important Europe is for every individual.

All the information and news about the campaign and the #EuropaMitUns video series can be found here. 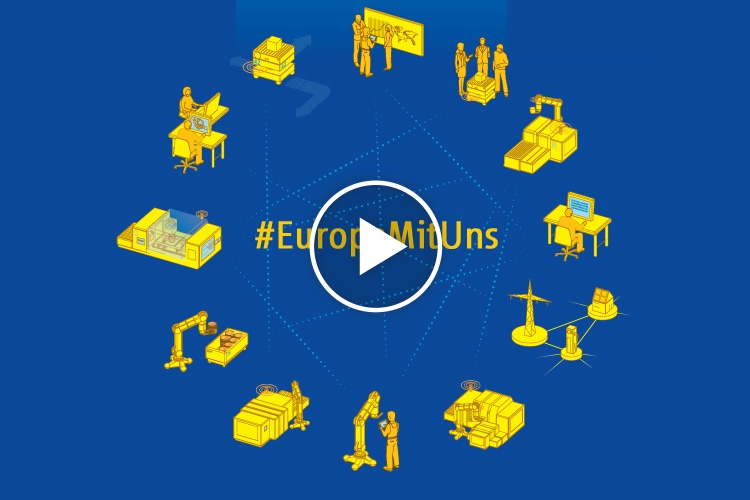 Strong hub in the European network

Plan Your Route with Google Maps

Connecting the Dots for industry - for a competitive future for Europe 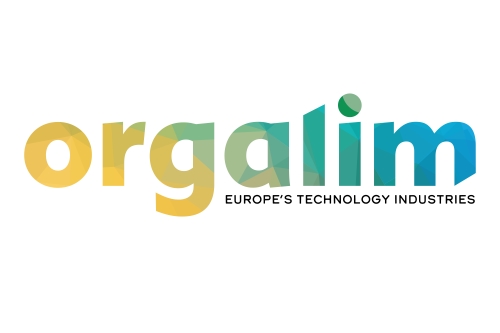